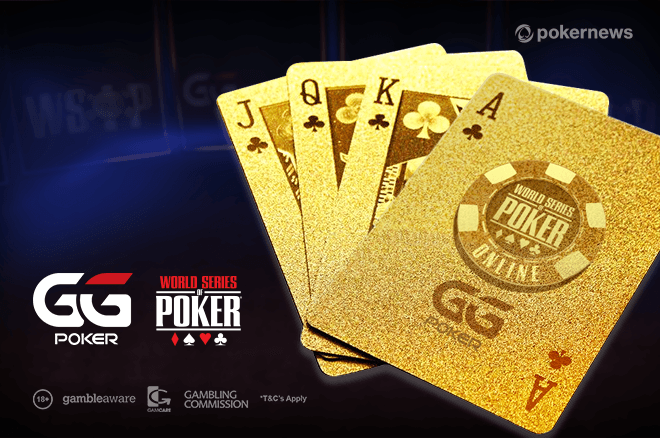 Four more winners of the 2020 WSOP Online on GGPoker were crowned this weekend, including the winner of the $5m GTD Mini Main Event which eventually generated a prize pool of $7.2 million after more than 15,000 people entered the $500 tournament.

The winner was Ivan “zufo16” Zufic who walked away with the second-biggest first prize of the festival so far, behind only Daniel Dvoress’ victory in the Millionaire Maker.

There was also a third 2020 bracelet for the United Kingdom as Alexander “MightyWarior” Stacey won the $300 Monster Stack on Saturday night, with Bradley “DrStrange7” Ruben and Kartik “Mandovi” Ved also adding their names to the list of bracelet winners.

And that makes it the third bracelet for the United Kingdom during the GGPoker WSOP Online Bracelet Events as Alexander “MightyWarior” Stacey takes down Event #61: $300 Monster Stack NLHE 6-Handed for $127,660, the WSOP Europe package, and his first bracelet by besting Craig “Tonkaiktomni” Lecompte heads-up. The tournament attracted 3,491 entries to create a prize pool of $973,989 just shy of a million.

Stacey seems to be a relatively unknown player as he has one cash recorded on The Hendon Mob for $1,100 and looks to have scored his biggest cash ever to follow in the footsteps of Roberto Romanello and Patrick Kennedy as they have also claimed a bracelet earlier on in this series.

Yet another mixed tournament of the 2020 GGPoker World Series of Poker Online Bracelet Events has come to a thrilling conclusion and it was Bradley “DrStrange7” Ruben who came out on top of a field of 990 entries in Event #62: $1,500 Pot Limit Omaha. In a short-lived heads-up duel with Dorel “DorelEl” Eldabach, Ruben claimed the lion’s share of the $1,410.750 prize pool as he walked away with the top prize of $220,160 and a package for the WSOPE.

Hailing from Hernando, Florida, Ruben has had 13 WSOP cashes and two Circuit cashes to his name prior to the online festival and most of them were either in Pot Limit Omaha or Pot-Limit Omaha Hi-Lo 8 or Better. After a hiatus of more than two years, Ruben cashed eight times during the ongoing festival on the GGNetwork and made his ninth result count as he earned the maiden WSOP bracelet in what appears to be his preferred poker variant.

Ruben has nearly $370k in recorded live cashes according to The Hendon Mob and this victory is his biggest score to date. Runner-up Eldabach is no stranger to the great game of PLO either as he has previously participated in PLO tournaments at the King’s Resort and Casino in Rozvadov, host venue of the World Series of Poker Europe.

After 16 strenuous hours of play on the Final Day of Event #63: $500 Mini Main Event, the tournament has come to an end with Ivan “zufo16” Zufic claiming his first WSOP bracelet, $843,460, and the World Series of Poker Europe package. This tournament was one of the ones during the GGPoker WSOP Online Bracelet Events which came with a guarantee and it wasn’t insignificant either. The $5,000,000 guaranteed prize pool was crushed as a whopping 15,205 players took a shot at their share of the $7,222,375 which was collected in the end.

Zufic has one live cash previously dating back to the summer of 2019 according to The Hendon Mob and came 60th in Event #4: $500 NLHE – Super Turbo for $1,432 but when you look up his username, a bunch of online cashes show up. Although there’s no guarantee it’s the same person, that player’s biggest cash on the online felt was $93,756. Zufic defeated Suraj “M26GreenWood” Mishra heads-up who doesn’t have any live cashes but did finish in 218th place in Event #55: HK$8,000 NLHE Asia Championship.

*plus a WSOP Europe Package

The event ran at a breakneck pace all the way until the heads-up, where Ved and Konstantin “makRUSgreaga” Maslak embarked on a surprisingly long heads-up affair despite the event being in a turbo format. After working himself back from a 6-to-1 chip deficit, Maslak even claimed a 2-to-1 lead at some point before Ved took the lead back from the one-time bracelet winner. He then finished it off to deny the Russian a second victory.

It’s the sixth bracelet for India, and Ved follows in the footsteps of two-time champ Nipun Java, Nikita Luther, Aditya Sushant, and Abhinav Iyer. The Indian has $377,989 in lifetime winnings on The Hendon Mob and is a regular sight at the WSOP with eight previous cashes and over $272K alone from the festival. The lion’s share of that is courtesy of a deep run in last year’s WSOP Main Event, where he finished 51st for $173,015. He eclipsed that amount today with the bracelet win.

If you want to play in the WSOP 2020 Online on GGPoker, you’ll need to sign up for an account. By downloading GGPoker via PokerNews entitles you to a welcome bonus worth up to $600. Your first deposit is matched 200% up to a maximum of $600, setting you up nicely in time for the WSOP Online.

That’s it for PokerNews coverage this weekend, but there’s plenty more WSOP action to follow. Check out the GGPoker WSOP tournament hub for upcoming bracelet events.