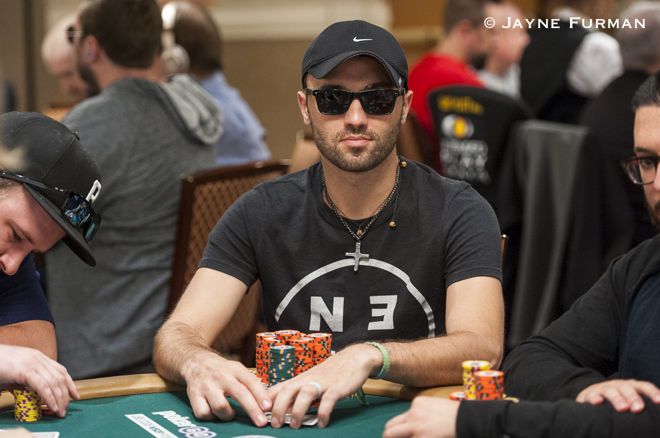 It was another massive weekend over at GGPoker with several big 2020 World Series of Poker Online bracelet events either crowning a champion or playing down to the final table. The big eyecatcher was Event #70: $25,000 NLH POKER PLAYERS CHAMPIONSHIP, where Jason Koon leads the final 9 in search of $1.8M.

In addition to Anson Tsang, three more bracelet winners were crowned in the BIG 50, the $1,500 Marathon, and a $500 Deepstack Limit event. Read all about it in today’s WSOP update.

The tournament lived up to its name with the one-day event taking more than 13 1/2 hours from start to finish. Despite no guarantee, the turnout was big with 1,438 entrants generating a massive $2,049,150 prize pool.

Maimone is no stranger to success despite never finding WSOP gold before today. In addition to his more than $2.1 million in live cashes according to The Hendon Mob, Maimone also was once ranked sixth in the world in online poker tournaments at PocketFives. While playing under “rdcrsn” on GGPoker, to online railbirds he’s well-known under his “fu_15” moniker with countless digital accolades attached to it.

The win catapults Maimone over the $1 million mark in WSOP cashes with his best finish coming more than a decade ago when he took 15th place in the 2009 WSOP Main Event for $633,022.

The final table of Event #70: $25,000 NLH POKER PLAYERS CHAMPIONSHIP has been set after a lengthy bubble with Jason Koon claiming the chip lead with 7,863,055 in chips. This prominent event offered players a gargantuan guarantee of $10,000,000 and attracted 407 entries by the end of the registration period.

Koon is no stranger to the high buy-in tournament fields with over $31 million in live cashes according to The Hendon Mob and a plethora of online tournament wins. Koon started climbing up to the top of the counts and got there when there were only ten tables left and never really looked back.

The win marks the seventh cash for Feng during the 2020 WSOP Online at GGPoker, but its the first time in the series he has gotten even close to a final table. Prior to this year, Feng had no WSOP cashes on his resume, but he managed to rack up more than $300,000 in wins in various Asian events since 2017.

How big was the BIG 50 exactly? Check it out here

Muller has recorded two previous live cashes back in 2010 and 2016 in his home country of Austria and cashed in the Mini Main Event for $1,541. This cash today is his biggest to date on at least GGPoker and no other results show up on his username.

Muller defeated Brunno Botteon heads-up who in comparison is a more well-known player. In the live poker scene, Botteon might only have cashed for $78,246, his online results amount to much more. The online grinder’s biggest cash was for $265,463 with a few more six-figure scores in his collection.

While Botteon nearly missed out on the coveted price here, he’s in contention for a far bigger ship as he’s among the final nine in the $25K Poker Players Championship.

They were joined by other familiar names on the final table like GGPoker Twitch Streamer Michiel “Easterdamnz” Van Elsacker and Davide “ElPapuGomez” Suriano.

For more information, check out PokerNews Live Reporting of this event

If you want to play in the WSOP 2020 Online on GGPoker, you’ll need to sign up for an account. By downloading GGPoker via PokerNews entitles you to a welcome bonus worth up to $600. Your first deposit is matched 200% up to a maximum of $600, setting you up nicely for the WSOP Online.